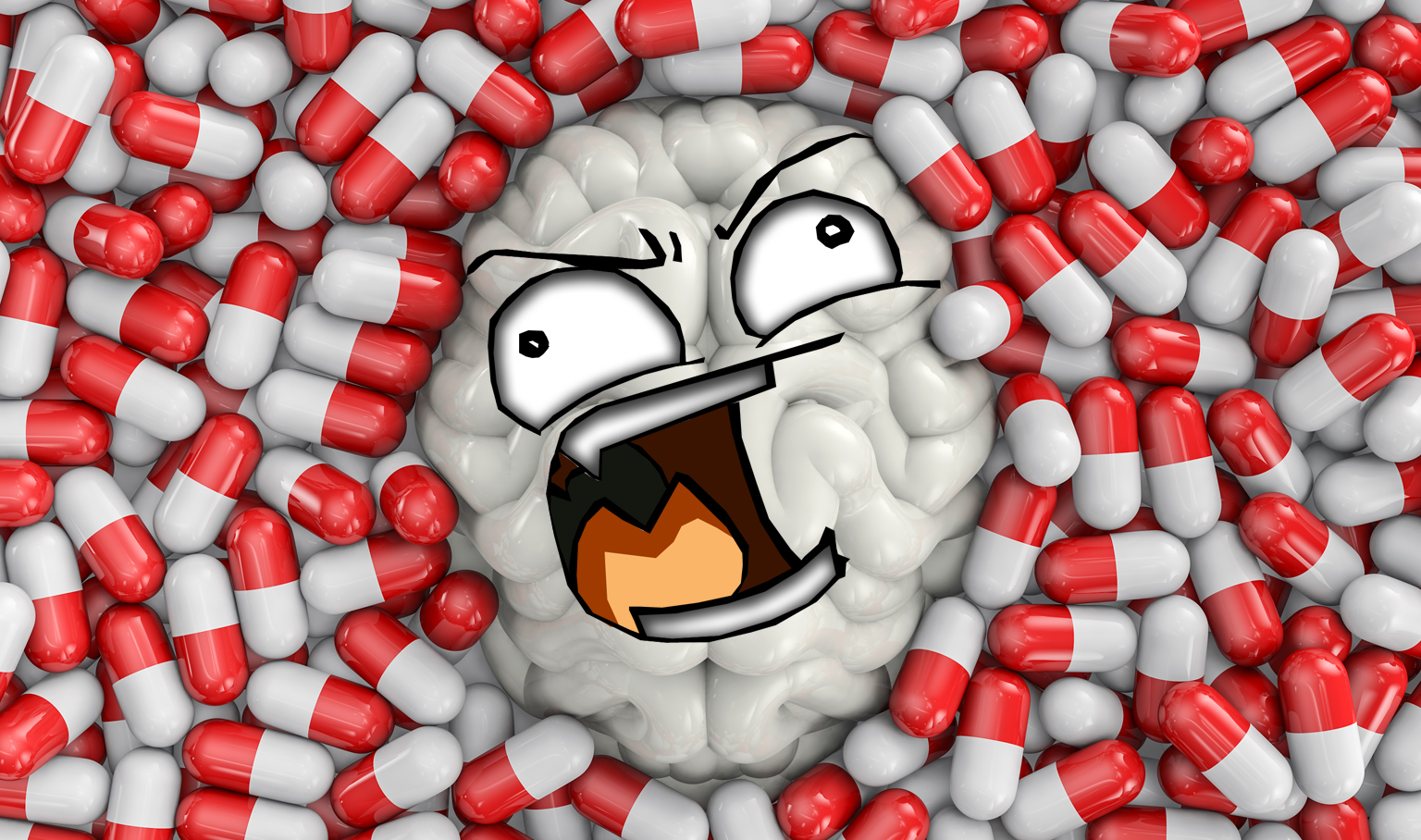 So as you’re all well aware by now, I don’t pull punches when talking about mental illness- especially my own dealings with it. Having said that, I am very wary of the onslaught of “SEE YOU DIDN’T NEED IT AFTER ALL!” posts from anti-psychiatry woosters that I will likely receive at the end of this post.

I have been on Venlafaxine for about 4yrs now, which is an anti-depressant of the serotonin-norepinephrine reuptake inhibitor (SNRI) variety. It was initially prescribed by my GP at the time, without the appropriate assessments being taken. I have an inherent issue with GP’s (General Practitioner for those playing overseas) being quick to prescribe medication without appropriate assessments being taken. There. I said it.

I’ve only just recently gotten a proper assessment done after all these years of demanding one, and the only way I could get it done was to fork out over $600 of my own funds to obtain it.

Stock images are often a foray into both the hilarious and ridiculous.

That in itself probably lends weight to the reason as to why GP’s are prescribing head meds instead of deferring to a specialist. I ended up going via a private practice- hence the fucking price- because the public channels were a nightmare to traverse:

The final practice I finally got into see charged me $650 for a two hour session, with a psychiatrist that wasn’t actually specialised in the field I needed to see her for despite her name being the one I was referred to, and I left with more questions than answers, and my new GP, psychiatrist and I are still chasing up the office for the report a month and a half down track.

The purpose of these expensive assessments are for a psychiatrist to provide a diagnosis (where possible) and then prepare a plan for cognitive behavioural therapy with a psychologist (if you don’t want to continue with them or already have a shrink) as well as a medication plan for the GP if required. Considering the bullshit rigmarole I just went through to get this assessment, it is actually pretty understandable that it’s easier for a GP to just prescribe something and be done with it.

The problem being is that the medication I was put on four years ago, I shouldn’t have been on. The psychiatrist balked when she looked at my records.  This is also a drawback of the medicated approach to mental health- because everyone is different it can mean a lot of chopping and changing of different sorts of meds which can fuck up a person about as much if not worse than just not being on them.

The psychiatrist wanted to trial me without them for a while, because I needed all my wits about me for the CBT I’d be commencing with my resident psychologist. Certain dissociative symptoms can’t be identified and worked on if I’m not feeling the underlying emotions that are the warning signs for dissociation in the first place.

So for the first time in nearly five years I find myself without any sort of daily reminder popping up on my phone to take my daily pill.

I will say this- I think I could have taken up heroin and then subsequently quit it and it would have been easier.

Venlafaxine withdrawals are fucking horrible. Aside from the near-constant migraines that plagued me for the first few days, there’s been massive vertigo issues, nausea, insomnia, brain zaps and my god the feelings. THE FEELINGS.

Venlafaxine kind of flatlines you in the emotions department. I mean you can still feel happy, sad, stressed, angry, whatever- but it’s a very muted response. Most of the time it’s an overwhelming feeling of “meh”. Truth be told I hadn’t realised how flat everything felt  until I started coming off the medication. ACTUAL DISNEY-SINGING-TO-THE-ANIMALS HAPPINESS. CRUSHING DEPRESSION. HULK-SMASH ANGER. WHY AM I (STILL) CRYING OVER CARRIE FISHER’S PASSING.

The worst thing is though, is that this whole hyper-emotional state is a side-effect of the withdrawal, and also a symptom of my specific mental illness. Which means that until the Venlafaxine is out of my system completely in anywhere between 3-6mths, possibly even a year (fuck), we won’t really know if its a withdrawal symptom or my brain being a mess. Until then, I’m under clinical advisement to be social which is a great excuse to go out for coffee. 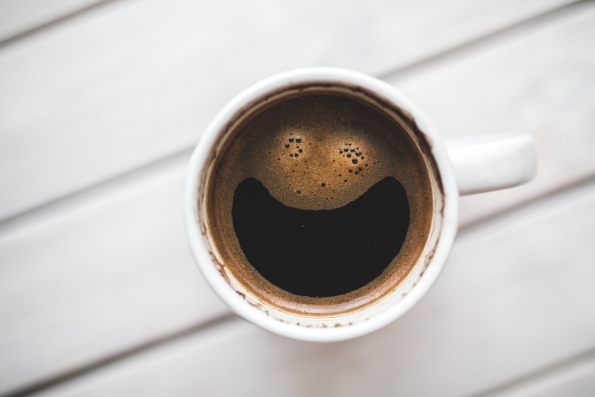 “LET’S HAVE HANGS I AM MEDICALLY REQUIRED TO SOCIALISE.”

I have had everything from manic highs to days of crippling depression complete with suicidal ideology- I’ve always joked with my psychologist that I’d never act on any suicidal thoughts because I have a completely encompassing fear of my own mortality… but when the voices started to make sense and override that fear, that is when I knew I was in trouble. This is also a fun side-effect of withdrawal from the SNRI. HOORAY. And before anyone asks, yes, I’m past that for now and just making sure I am very aware and documenting everything and asking for assistance when I need it.

While according to the assessment I should never have been on Venlafaxine in the first place, it has done its job in keeping me upright and above ground for many years now. It’s gotten me to a point where I can now work on the deeper underlying issues instead of just scaling the mountain of immediate trauma symptoms and… level up so to speak. I refuse to use the same onion layer analogy that my psychologist used to explain this concept.

It’s also not a rail against the original GP who put me on the medication in the first place. Sometimes you can only do what you can with the resources you have at your disposal. Considering the absolute shit show that was my saga of getting an assessment and a diagnosis, I can understand why she would have just gone “fuck it take this pill” and hoped for the best.

But it is a rail against the current state of access to mental health services, which isn’t an issue that is localised to Australia and we even manage to have it better than most. This is effectively why I’ve stated previously that I don’t have time to not be functional and why I prefer to be medicated. Because I will freely admit that the last month has been an absolute fucking struggle, and I am honestly in amazement as to how I haven’t quit my job, my wife hasn’t killed me or left me, I still have friends and I have still managed to actually leave the house.

Relationships have been impacted, my physical health has been impacted, my personality has drastically changed at work to the point of where it’s commented on when “Fun [Figgy]” is in the building vs “Scary [Figgy]”. If it wasn’t for the fact that I am under advisement to get off the Venlafaxine for this next fun phase of working through shit, I would have been on my hands and knees at the doctors begging them to put me back on something. In fact, I have been on my hands and knees begging to be medicated again because there are time’s I’d rather feel numb to the world from medication than this constant barrage of FEELING. 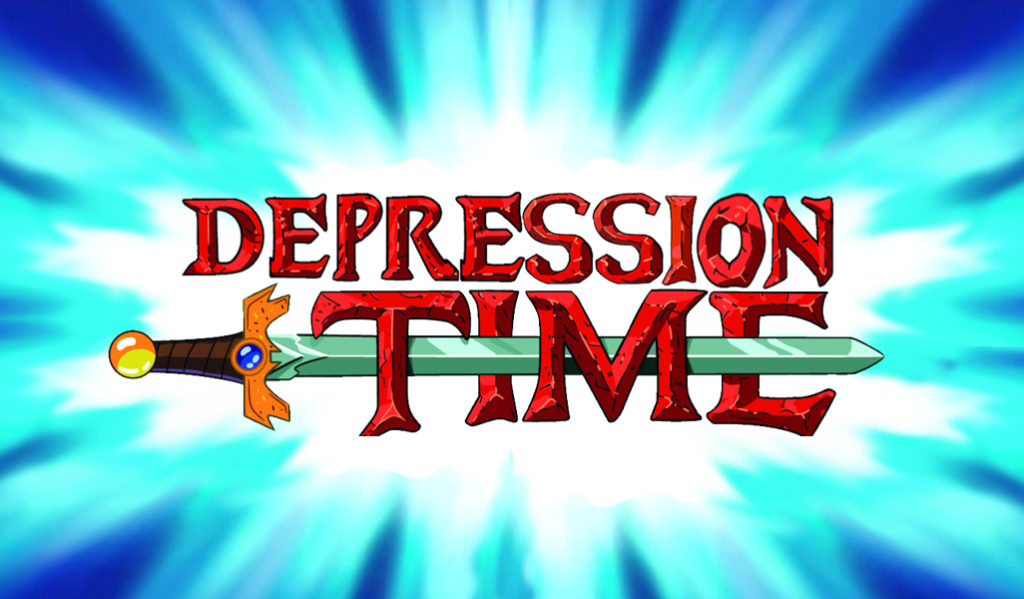 It’s taken me a long time to even get this far, and I’ve fought tooth and nail every step of the way- others aren’t that lucky. Others aren’t in the position to wait for that miraculous appointment to become available or to wait until an assessment is completed to go on medication. It can’t be fixed by taking a hike in the wilderness and be all one with nature and shit . We need actual, clinical, medical help and we need it yesterday.

One thought on “The Great Come Down”