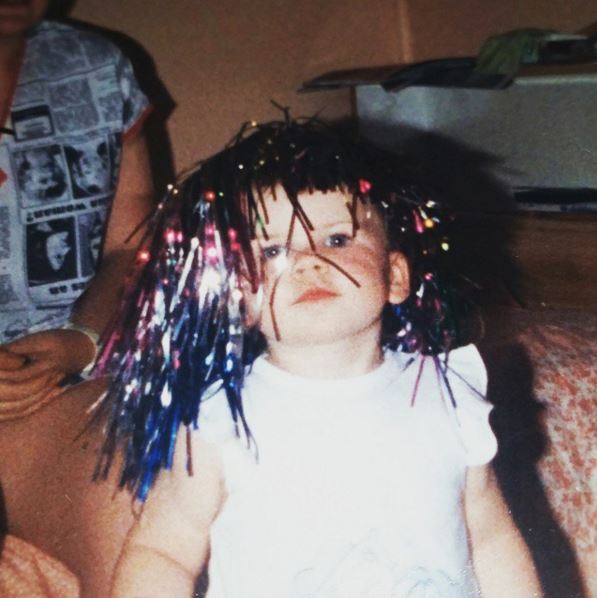 I’ve been thinking about how best to write this for a few days now; previous attempts devolved into incoherent profanity and drawings of phalluses.

But I figured I would start with a story about my growing up, and somehow it will culminate in the feeling of unquenchable rage I feel towards the governments ongoing rampant stupidity.

I was always the weird kid. The first place I remember living when I was 3 was in a housing commission area in Burpengary QLD. The only kids in the near vicinity were from this beautiful family that lived next door, with two boys aged 4 and 5 respectively. I was introduced to GAK, Batman and army men. When I started kindergarten and they put me in the girls group because gender, I immediately contrasted the pink tutus and the barbie dolls with my batman outfit (cape and all) and jeans. I then spent the next many years of my life socialising with boys because it was just easier. Girls were annoying complicated gnats, boys played on bikes and pretended to be transformers and I could rock with that.

By the time I got to primary school the gender socialising was more forced, and so I got awkwardly stuck with a group of girls that tolerated my existence despite wanting to throttle me every time they wanted to play “house” at recess and when picking roles I said I wanted to be the sugar glider and climbed up the nearest tree making wooshing sounds.

Puberty hit me ridiculously early, and I found myself developing well ahead of my peers. The onslaught of hormones, boobs and FEELINGS was too much for my brain to handle. I went back to hanging with the boys because it was simpler, I wasn’t always being compared to my peers; at that point thankfully they didn’t seem to give a shit about the fact I was suddenly in a training bra and getting lankier by the second.

I remember when I was in grade 5 and I was sitting in the school shed talking to a fellow female classmate about life, the universe and Cheez TV when the grade 7 class came up from the oval after sports class – with one of the popular athlete girls at the lead of the pack jogging ahead of the rest. “She’s really pretty” I caught myself saying out loud, and the classmate said “You’re not supposed to say that, you’re a girl. That’s weird and gross.”

It got around that I wanted to be a boy because I said a girl was pretty. I had my face shoved in the dirt, uniform ripped, beat up because I must like to rough it if I wanted to be a boy. I couldn’t even reconcile my own strange churning in my stomach let alone everyone else jumping to their incredibly misguided conclusions.

One particular girl had it in for me big time, and made it her personal vendetta to make my life hell because I was “the weird boy-girl.” Numerous kicks to the head later I was surprised I was still capable of math. She would wail on me relentlessly whenever she had the chance, and threatened to kill me if I ever went to the principal over it.

I survived primary school by surrounding myself with the guy friends that never saw me as anything other than their mate. Their equal. They kept the bully at bay and kept me safe because they saw me as one of their own despite the knowledge that I wasn’t. Gender didn’t matter to them at that point, just as long as you had a fondness for teenage mutant ninja turtles and didn’t pick the red power ranger we were sweet.

Then came their turn for puberty and you can just forget that.

High school came with its own set of turbulences; with a parental divorce on a nuclear scale that necessitated an interstate move it was enough to cause endless amounts of stress but at that point you reach a sort of comfortable numbness where you just roll with it. Autopilot engaged, you can unfasten your seatbelts and move about the cabin.

I discovered that teenagers are even more a bunch of assholes than kids. Starting a school midway through grade 10 meant that everyone had gotten into their friendship groups, made their cliques, and enter stage left- me. I stayed almost permanently mute for the first 6mths of school, all the while these feelings kept up that there was something wrong with me, that I was broken somehow. I went to the school counsellor (who I would quickly learn was a chaplain) about the feelings and she agreed with me. You are broken. There is something wrong with you. You need Jesus.

A group of boys from a grade below me sensed something was off and automatically assumed I rode the gay-mobile to school. They would shove me into lockers, trip me at every occasion (got me once down a flight of stairs), throw rocks and bottles at my face at speed… surround me in the cafeteria calling me a “dyke” and a “faggot” and a “cunt” and every other name you could conceive, trying to goad me into a fight. The teachers did nothing. They said there was nothing they could do, as I stood there once more covered in dirt, torn uniform and blood.

I self medicated through self-harm, smoking various substances, codeine and insomnia. They eventually left me alone just because they thought if I was crazy enough to cut myself up, they wouldn’t want to be alone in a stairwell with me. Ironically the scars kept me safe from them. But not from my own feelings.

I made a few friends, one of which grew intensely close in a short amount of time. We were both going through hell and found each other to grab onto and keep going through the fire. I liked her. I liked the idea of her. I was never attracted to her in that sense, but the intensity of an intimate platonic friendship was something that caused me to question everyone around me. In a moment of faith I confided in her that I thought something was wrong with me, that I thought I was gay. “preferences”, I called it back then.

“Do you think I’m pretty? Do you find me attractive?” would be the first time a straight woman would attempt to justify her vanity, and certainly not the last. I couldn’t give an answer that would satisfy because there IS NO RIGHT ANSWER TO THAT QUESTION SO STOP ASKING IT, and she let it drop. For the next 6mths she ran between the polar opposites of being ice cold towards me and calling me a weird lesbian freak to playing on my weaknesses from everything she’d learnt about me to flirt, to touch, to tease only to flip back again to ice and rage and leave me in a perpetual state of confusion and fear.

If you’ve ever had a moment where you just feel that cold dread start from your heart and rapidly work its way out to your digits, that was my morning at 5am without fail, every day. The alarm would never go off at 6am, because I would wake from nightmares like clockwork, drenched in cold sweat and fearing the time I had to leave the house and make my way up to the bus stop.

I thought about wandering into the creek by my house numerous times, and just laying there in the water until I stopped breathing. The rumour mill at school started flying around about me and the friend being intimate together, to which I laughed and said no, and then couldn’t figure out if she was more offended by the rumour or the fact that I vehemently rejected it.

I was so lonely, because I felt like nobody understood what it was to have these feelings, and that I must have been the only one in the world that had them, because nobody ever spoke about it. Gay meant AIDS and FAGGOTS and HOMOS and all things derrogatory, perverted and pornographic. They were kiddy fiddlers, depraved hedonistic sluts with diseases, and I didn’t want to be considered amongst them.

I tried taking my life twice before I graduated high school. Never could get close enough to finish the job mind you, each time I’d get to the edge I’d pull myself back, weak and falling all over the place from blood loss. I did my own stitches once and wound up in hospital the other time. It was super convenient to be within walking distance from an emergency department. Swore black and blue it was from a broken window and I knew the nurses didn’t believe a word that came out of my lying little mouth but with nobody for them to contact they just patched me up and let me go.

I think that the fact I made it through high school before the age of social media is a saving grace. I remember the times that this “friend” would call me after school repeatedly and tie up my grandmother’s phone line while she abused me and unearthed every fear she knew I had and used it against me. If I hung up she’d wait a few minutes and call again. And call again. And call again and threaten to tell my grandmother that I had been harming myself. Tell her that I was a faggot and give her another stroke. Told me her death would be my fault because I was gay and it killed her because everything about me was wrong.

I think about how my home wasn’t even safe so I’d never go home, spend hours at the library or the shops or the local music store talking guitars with the owner to find some semblance of peace and for five seconds be somewhere that didn’t judge me for my wayward feelings, didn’t call me a dyke, or a faggot and just let me be human.

With social media today there is never peace. Every notification, every vibration of the phone is an opportunity for madness. I worry about how kids today are constantly connected to their peers, and I can’t safely say I’d still be here if the torture never relented.

I survived because I had a will to fight. Because in the bleakest of moments I reached out and found a handful of people that accepted me for me, allowed me time to find my strength and find my feet. They helped me find my will. And I survived because of it. Others aren’t so lucky. It took me almost an entire decade to feel comfortable in my own skin because of what I endured in high school, and no person should ever have to climb a Mount Everest of internalized trauma at the hands of demonic asshole teenagers because you don’t realise you have a right to be safe and that its ok to have feelings and it’s fine and you’re still a human being.

How much longer do we have to watch history repeat itself until someone in politics decides to find their feet, stand up to the bully sycophants that would rather kick a gay kid down a flight of stairs than see them get a safe education and flourish in life?

Call the double dissolution already Turncoat, and let’s find out.