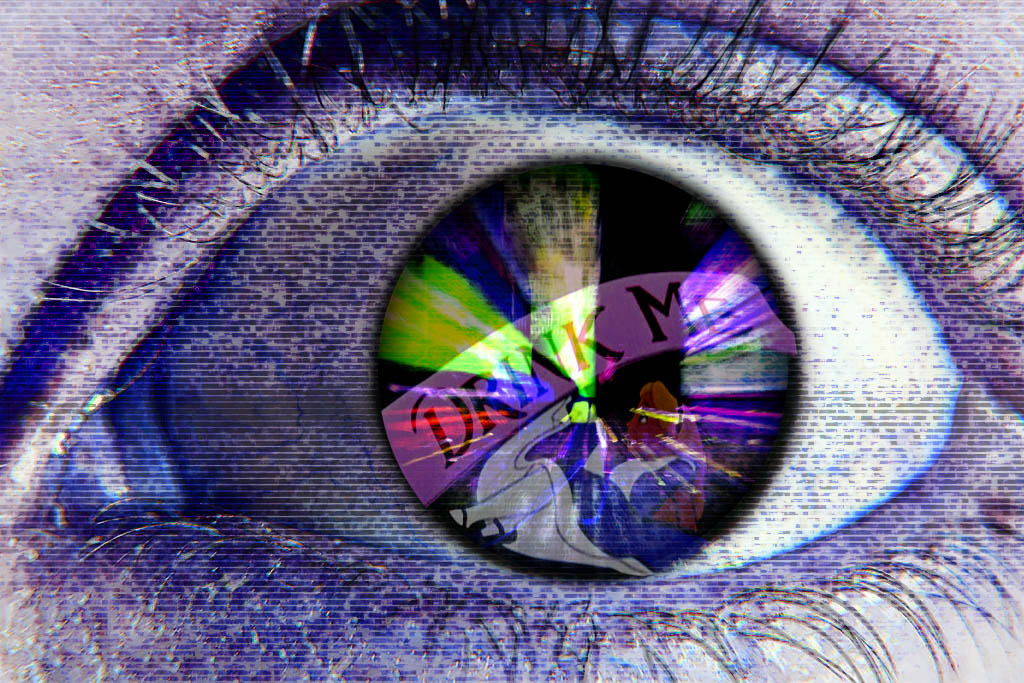 Genetics are a hideous shit-waffle. On my father’s side I inherited my father’s freckles to the excessive degree that I hope soon if I spend enough time in the sun I’ll get enough for them to all merge into a super freckle that resembles a tan; I also got to inherit his near translucent skin to the point of where I will burn under the kitchen light. On mum’s side I got to inherit early onset greying hence I haven’t had a natural hair colour since I was 20… and oh, yeah- the somewhat crippling anxiety and depression that generally makes life that extra bit more difficult to let my feet hit the floor of a morning. So you know, when it comes to hereditary traits everything’s coming up snake eyes.

I remember mum speaking of her dad once, wherein she spoke to me of his deep family loyalty, his kindness, but also his rage. She said that he never laid a hand on her once in all her time growing up, but had a tongue of knives that would cut you to ribbons and then pretend like it never happened while you’re still bleeding on the floor trying to pick up your innards.  I found the anecdote particularly ironic, considering how she was guilty of the same thing. He died the year before I was born so I never got to meet my grandfather, but I had heard enough to surmise that she was definitely daddy’s little girl in every way.

When I was about 4 I heard mum start swearing and yelling in her room suddenly one afternoon, and being the inquisitive little shit that I am I went to investigate because swear words are forbidden and to hear them uttered was delightful. I hadn’t realised that she had accidentally shut the door on her hand and kept asking her if she was alright until she snapped and directed all that profanity at me.

An hour later she was asking me if I wanted to watch a Disney movie and have ice cream and asking for a hug. Some days I’d find her crying at the drop of a hat, or cleaning the house top to bottom, or just not getting out of bed. It was a weird switch that kept me on my toes for most of my younger years.

At some point someone finally diagnosed her with chronic depression and started talking to her about medication. The revulsion was instantaneous. Only crazy people in asylums take medication. I’m just a little sad it’ll clear up in a few days. It’s just pms you know I’ll be fine. She went and tried meditation, saw naturopaths, tried hypnosis, even consulted the New Idea magazine for spells to overcome sadness from the resident witch columnist Deborah Gray. I watched from in between the balusters of the stairs while trying not to laugh my tiny ass off at the insanity of it all, when she just could have taken a pill and saved herself the trouble and the fire hazard.

But all the standing in the loungeroom listening to Enya and trying not to burn the house down while twirling with sage did nothing in the end, and she trudged back to the doctor with all the enthusiasm of a 5yr old being told to eat their damn vegetables. “For the love of… Jenny, you have to take medication to regulate blood pressure, why would it be any different when you have to take medication to regulate your brain’s chemicals??” our family doctor asked her point blank. Mum had no response. She shut up and took the medication. And for the first time, the highs became less manic and the lows became more manageable. We were able to build a solid relationship that resembles the Gilmore Girls rather than two people standing on opposite sides of the Grand Canyon.

I then discovered in my teenage years that instead of all the previously mentioned stress and other trauma-inducing factors that were going on at the time did NOT in fact manifest in amazing mutant super powers, but rather the same symptoms of manic highs and crushing lows. In an attempt to not repeat the mistakes of my predecessors, this is the part where you think I’m going to write that I went straight to the doctors and went on medication.

That assumption would be extremely premature in this narrative. The doctor suggested anti-anxiety medication and I scoffed at him, telling him that was for crazy people and I didn’t need them, I just needed to work through my shit.

I had managed to convince myself that the only reason I felt the way I felt was because of the subsequent trauma, so if I could just deal with that I would be able to kick the depressive episodes and just get on with it. So I did what every young person does when they think they’re invincible despite discovering their psyche is about as fragile as cracked glass – I self-medicated by way of a lot of nights out in Sydney paired with a lot of hangovers the next day. I self-harmed, I didn’t sleep for days on end just to see what would happen to try to “exhaust the crazy”.

When all the destructive ideas wore out and did nothing, I saw naturopaths, chinese herbalists, anything to ensure I didn’t end up following in the family footsteps of having to take a pill every day for the rest of my life to be “normal”.

I decided to take a far more enlightened and awakened path than my mother and her New Idea witch spell columns. I climbed mountains, went bush for days on end, visited temples of varying paths, practiced yoga, travelled, blew my mind out with illicit substances to shortcut Gnostic states and engaged in ritualistic hallucinogens while a shamanistically inclined individual broke my brain apart on a vision quest to recover suppressed horrific memories to face then and defeat them and shut up you act like you’ve never seen a hypocrite before.

None of that worked for me, obviously, so I decided to go back to the drawing board and get therapy. I went through 5 different psychologists before I finally found one that works. But the stigma still was present for me when it came to the topic of medication. I would still feel like I wanted to peel my own face off at the height of a hypermanic episode or call in sick for a week when I couldn’t bring myself to get out of bed and just live under a pile of clothes while the dishes piled up and nothing was accomplished. I naively preferred that to just sucking it up and going on medication.

For some people, twirling around with sage might be all that’s required to make you feel better. I spent nearly a decade looking for a way to function without needing to rely on medication, and I wonder what would have happened and what could have been accomplished over that time if I had have been able to give up the stigma and put a pill into my morning routine that is as normal as my daily coffee. So I finally shut the fuck up and went on medication. Last year.

The evils of Big Pharma may be more perceived in countries that lack universal health care, where there lacks the true support to get help and be well. But here in Australia, all I have to do is spend $22 a month to be able to function in my job, in my relationship, make art, make music and overall get up out of bed in the morning and just experience life. I don’t really think that a pharmaceutical company that makes a pill that allows me to be a human being is as voldemorty as natural news likes to say they are.

Why does the Matrix reference get so often used about taking pills and waking up and experiencing the world for what it is and yet, the thought of having to take pills to manage your mental health is still shameful? Why is the Big Pharma evil the first thing that gets thrown about when it comes to getting well with depression, anxiety and other related disorders?

Without all the stigma I could be sitting here telling a story of how three generations of people didn’t fuck around for all, most and a good chunk of their adult lives respectively and acknowledged their mental health and got something done about it.

People often talk about the evil Big Pharma and their manufacturing of evil drugs filled with evil chemicals… Aside from the rather important fact that chemicals don’t hold a moral or ethical state, the people often decrying the use of medication are those who come from a place of privilege that don’t have to use them. And I think that’s something that should carry its own stigma.