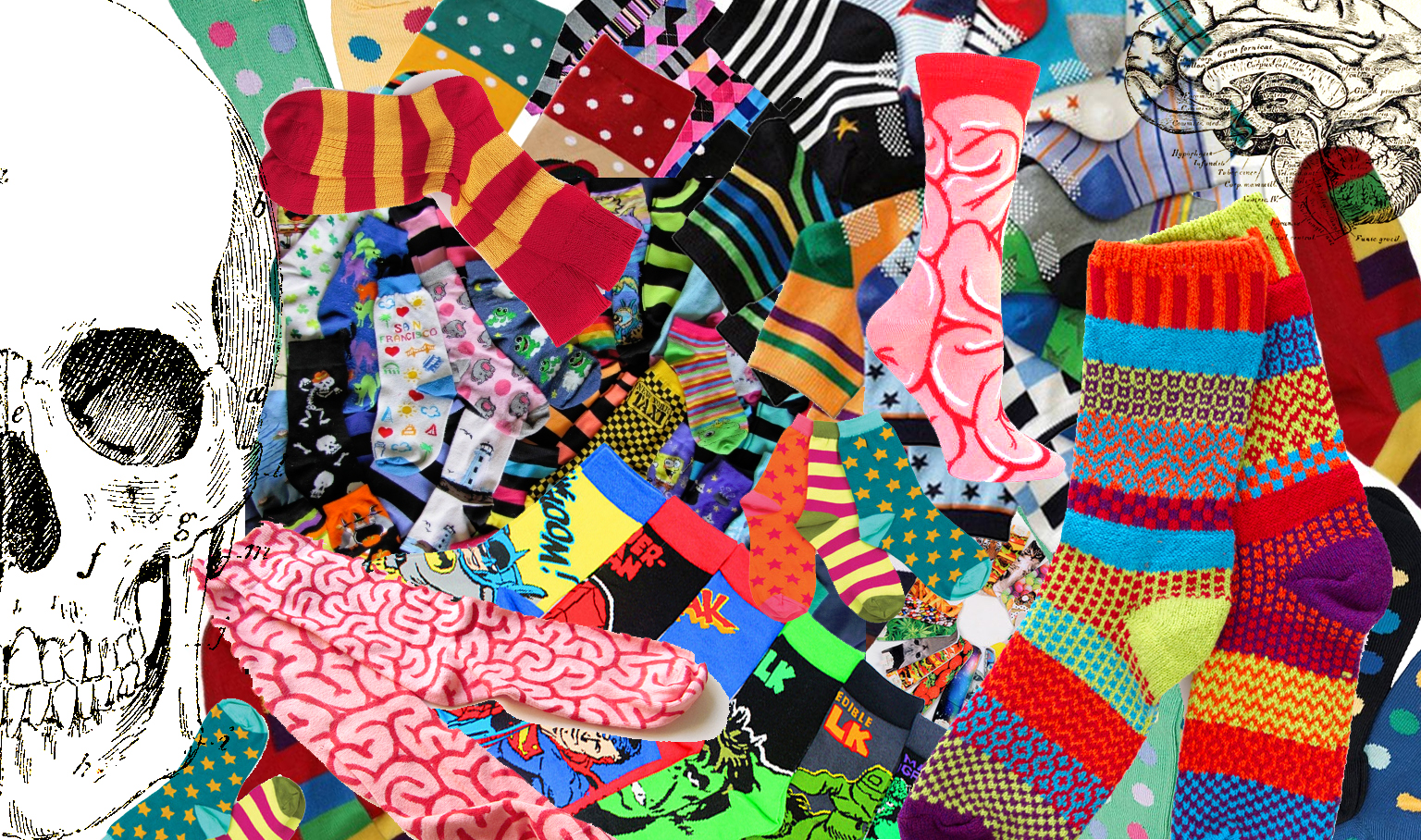 So I spied a thing last week in the toilets at work. No it wasn’t poop. For once.

Rather, hanging off the back of the toilet door door was a printed flyer for a “mental awareness day” called “Odd Sock Day” – And I quote – “Because anyone can have an odd day.” 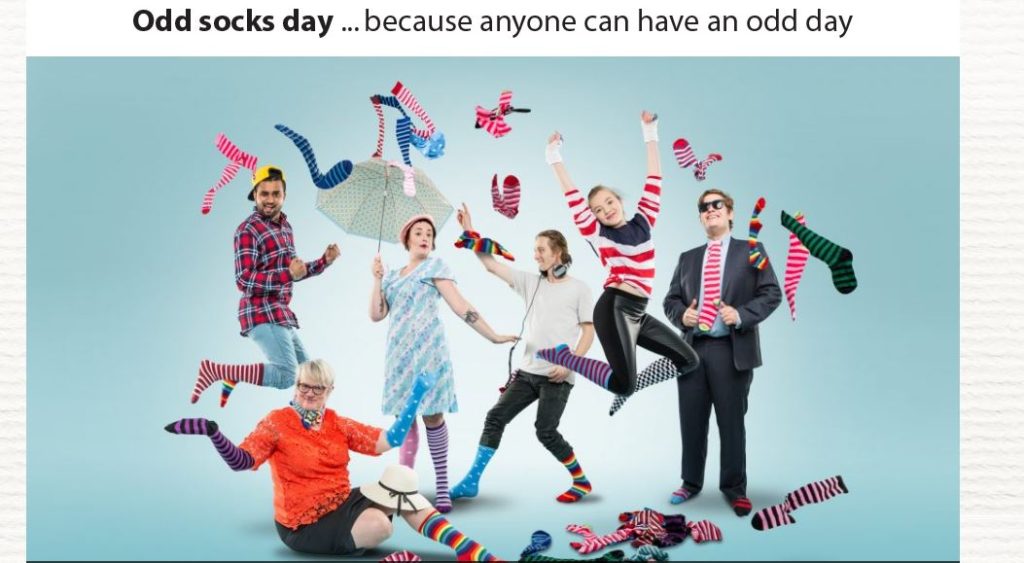 I shit you not.

I’m going to let that simmer for a moment, while I recap. If you read anything else on here you’ll know I am no stranger to talking about mental health issues, nor am I the slightest bit hesitant when it comes to calling out these “awareness days” in their incessant shoulder patting bullshit. And once more I find myself delving into the self-congratulatory armchair muck for yet another round of “People, you need to fucking stop.”

Let’s go back to that tag line for the moment. Because anyone can have an odd day.

I looked down at my shoes with mismatching socks just because it’s a day ending in “y” for me, and asked myself why people feel the need to constantly have all these “awareness days” to “raise awareness” for mental health.

Seriously people- if you need to have your awareness raised that mental health is an issue then you’re as useless as the people who still think that smoking isn’t harmful despite the ads, the bans, the taxes and the pictures of people with cancers all over the pack. 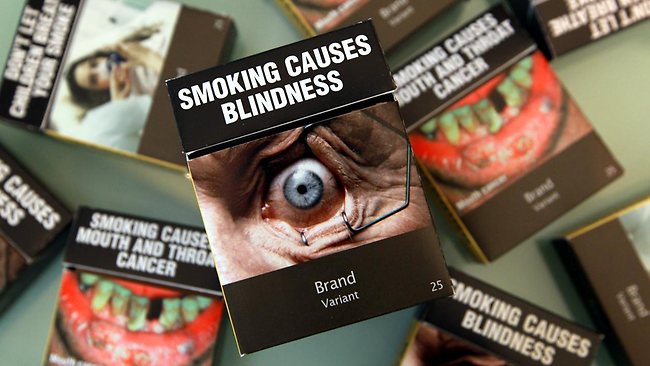 Oh look at how enlightened and aware you are because you’re wearing a weird coloured sock next to your business sock. Look at how supportive you’re being to those suffering from mental health because one of your stocking socks happens to have a batman logo on it.

No. Enough. As someone that does deal with mental illness on a daily basis I am beyond over it. By asking me “RUOK” when you really don’t want to hear the answer trivialises the nature of support and those who genuinely seek it. Wearing a weird sock and having a laugh about it for the sake of “awareness” insults those who have to have about twenty extra steps in their daily routine just to leave the house.

I have worked for a company before that as soon as I was open about my mental health to my manager in the wake of these particular “awareness” charity days any development or hope for progression dried up, and suddenly anything and everything became about the illness to the point of where I was no longer considered an employee, but a ticking time bomb and a liability.

No amount of bake sales and weird garments are going to stop the fact that mental health care plans are limited at best- if you’re employed you’re expected to pay well over $165 for a single session once the rebates run out. So if you’re having to go at least twice a month you’re already looking at over $300 for appointments. If you have to see a psychologist as well? Double that. Medication? I’m lucky, so far I only set myself back about $30 a month, but I’m only on one set of meds at this stage- other people have to take a cocktail that would make them sound like a fucking maraca if you shook them.

Mental Health units in hospitals? Forget it. If you’re strung out to the point of where you’re about to throw yourself in front of a bus, they won’t help you. Head out the front door and into incoming traffic so you come back in on a stretcher five minutes later, and then we’re talking! 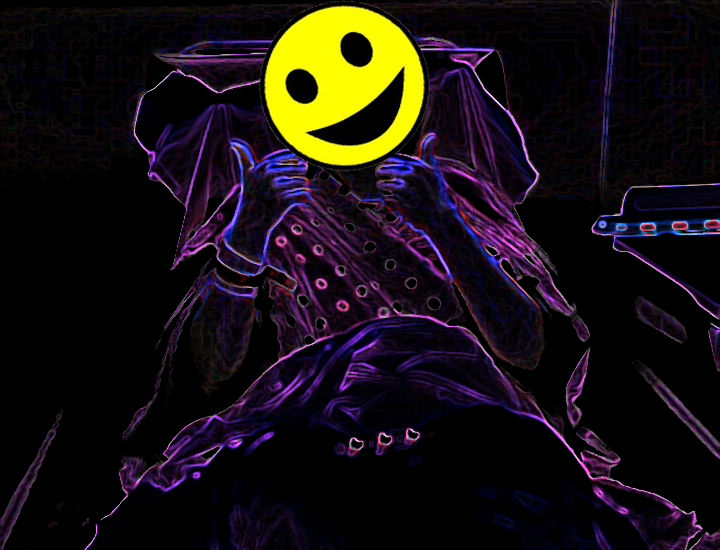 When I’m having an “odd day”, it goes well beyond a funky fucking sock. When I am having an “odd day”, I am pacing around the house talking myself up to be capable of leaving the house to go to work, giving myself an inner pep talk of sorts while shaking like a leaf because crippling insomnia kept me up until 3am the night previous, and I am up before 7am because I have to get ready for work. When I get to work I am twitchy and monosyllabic in my responses and my jaw is already aching from clenching it so hard I thought my teeth were going to shatter.

When colleagues and supervisors notice my skittish behaviour, they ask if I am ok and I lie to their faces saying I am fine. We both know I am full of shit, but if I start talking about how I am feeling, I don’t know if I am capable of being calm about it, or whether I am going to flip a table, set off the fire alarm as a distraction or jump off a goddamn balcony. So I opt for “Yep fine” and walk away because it’s all I can do to stay put. My right leg is sore and cramping by lunch because it hasn’t stopped bouncing on the spot at my desk for almost 5hrs straight.

By home time I have had 4 or 5 coffees to try to stay awake from the less than 5hrs sleep and have been talking at a million miles a minute like I am one of those auctioneers from Storage Wars. I have had to coach myself internally to slow the fuck down when talking to customers because they aren’t sure if they’ve gotten a person or a fast forward button on cocaine.

I get home to find a mountain of things to do, and they all get left for laying down in bed still mentally wired but physically exhausted. I don’t get to sleep until about 2am the following morning.

But by all means, wear some crazy socks.